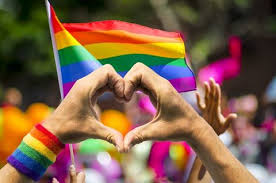 Acceptance and change; these two things cause so much stress, pressure, and learning. With change comes acceptance, you need to accept the change for it to happen, or else you are in this weird spot in your life where your mind is struggling to determine whether to stay or to change. When change occurs in your life it’s best to take it as a sign rather than to take it with hostility, you don’t get much lenience when it comes to changing. It’s rare to be in control of life’s changes. These changes aren’t like cutting your hair or putting on makeup, these are bigger changes that will impact you or others around you; life-impacting changes. Losing your source of happiness, losing a loved one or pet, sexuality changes, losing motivation, or learning to accept trauma. All of these things change you or your thinking, or the way you act. Let’s focus this article on coming out, taking that bold move to change, and letting others be a part of it.

Finding your sexuality and growing into that new person who’s learning to love who they love is changing in itself. You are changing your interests and life simply by loving who you want and yourself. I think it’s such a scary thing to come out to others because you truly will never know how they’re going to react. You cannot predict the outcome of coming out, but what it can do is give you this new perspective of the world and who you decide to surround yourself with. I was lucky when I came out. I have a pretty supportive family, other than maybe one or two people. Coming out for me was probably the scariest thing I had to consider, I had no idea how my parents would feel about me liking girls.

Long story short, looking back on it now I think I’ve always liked girls. Liking the same gender or seeing someone dating the same gender, I never felt weird about it or questioned it. I was never bothered by it, to be honest, I was never taught about liking the same gender, or being part of the LGBTQIA+ community. In fourth grade I think was my peak, my “gay awakening.” I dressed like a boy with my hair up every single day. Now, I didn’t come out till summer 2020 to my family, but I came out to friends in 7th grade as bisexual. Just earlier this year, I figured out I’m a lesbian, and I’ve never been scared about it. I always made jokes to my friends about how if my family ever found out I liked girls it would be because they saw me making out with a girl, and years later that’s exactly what happened. I was making out with my now girlfriend for over a year, and my family member had just dropped off something for me. Before I made sure they had left the parking lot, I started to kiss my girlfriend, and the next thing you know, I turned around and they just had a front-row seat to see their family member making out with a girl. I find this absolutely hilarious now, but at the time I freaked out because I knew it would get back to my mom. They had texted me after they drove off saying “Who was that boy you were kissing?” Little did they know it was definitely not a boy. I then rushed to call my mom in a panic and explained to her that I not only like guys but I like girls too. My poor mom had to get a frantic call from me while she was busy at work trying to listen to me come out to her. My mom was so supportive and didn’t make me feel less of myself or anything, which was awesome because I was terrified the opposite would happen.

Now, I know not everyone is as lucky as I am when it comes to an accepting family, but I wanted to share this story to hopefully help others come out and gain some confidence when they decide it’s the right time to come out. Coming out has no timer, there are no rules, so come out when you know you’re ready. It can be so scary, I was so scared because if they reacted wrong, my own family wouldn’t have accepted me. In reality, you don’t even have to come out for years. There are so many grown adults still finding themselves or just now coming out. I think the biggest part that scares people away from coming out is the fact that you won’t know the outcome, being shunned by your own family is such a heart-wrenching feeling, and people are scared of feeling that or being bullied by the public for being yourself.

I don’t think anyone should be scared of themselves because of the world around them, that’s the sad part about existing. There are some cruel people in the world and I don’t think anyone deserves to be discriminated against for loving someone that someone else isn’t comfortable with. This world doesn’t know how to accept change, seeing a difference in the world makes them mad and that’s because they can’t understand that not everyone out in this world is just like them. How does one decide to hate someone for loving someone in their own life? How can you be mad about something that doesn’t have a single effect on you? People are so reluctant to accept change, and because it isn’t in their comfort zone, they refuse to open up their minds and get out of their heads. We, the LGBTQIA+ community, are no different from anyone else, just because we love the people we love doesn’t give you a free ticket to hate us and discriminate against us, because of your close-mindedness.

I find coming out to be such a beautiful thing, like the smiles on people’s faces when they know they’re safe and loved for being themselves. It’s such a cool thing to see, there are videos all over of people coming out, and it’s so cool to see such positive reactions and how much someone changes positively after learning to love themselves, and knowing they’re loved and supported for liking whoever they want too. I hope reading this, people will understand and feel more confident knowing that yes, being yourself is scary sometimes, but it’s so freeing, bright, and positive to just be yourself despite anyone else’s rude remarks. I think that’s the change that is needed in the world, a chance to learn how to just accept or even just tolerate others that are different from you.