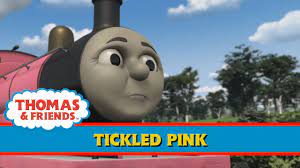 No matter what your political stances are, I think everyone can agree that there is a time and place for politics and there is a time and place where they shouldn’t be discussed, such as at work or at a Thanksgiving dinner. However, what about in a children’s cartoon? Cartoons used to be about children’s entertainment, but now, cartoons are more focused on making sure children adopt either the mainstream beliefs of our culture or the opposite.

One cartoon, in particular, is Steven Universe. Steven Universe is a coming-of-age story of a young boy, Steven Universe, who lives with the Crystal Gems—magical, humanoid aliens—in the fictional town of Beach City. Cartoon Network, also airs anti-racism PSA featuring the Steven Universe characters. In one of these PSA’s, one of the Crystal Gems asks, “who invented the lightbulb?” According to this cartoon, if you said Thomas Edison, you’re wrong. This little cartoon character, or should I say the show’s creator, believes that all the credit should go to Lewis Latimer, a black inventor, who supposedly invented the filament that is inside the bulb. The PSA ends with the words, “Tell the Whole Story – Be Anti-Racist.” Not to get into a historical debate with a cartoon, but this is leaving out a large chunk of Lewis’s story and adding in facts that doesn’t contribute to what he has done. Lewis Howard Latimer was an impressive inventor, and his inventions did help make the lightbulb what it is today, but he didn’t invent the filament, he just created a long-lasting one. Now, don’t get me wrong, it was a great invention, but it isn’t equivalent to inventing a lightbulb. CNN also went on to say that this is a definite misconception after president Joe Biden claimed that a black man had invented the light bulb, not “a white guy named Edison.”’ Not only is this cartoon teaching children incorrect facts about our history, but it is pushing very political viewpoints that don’t belong in children’s entertainment.

Another cartoon that pushes a very political agenda is Thomas & Friends. I’m sure most of us are familiar with the cartoon tank engine who is apt to get into trouble by trying too hard to be, in his words, a “really useful engine,” while he goes on adventures around the fictional island of Sodor, with his fellow locomotives. According to Wilton, an assistant professor in the Department of Social Studies at Augustana Campus, Thomas & Friends “conveys a number of positive political values such as tolerance, listening, communicating with others, and contributing to the community,” but, “it also represents a conservative political ideology that punishes individual initiative, opposes critique and change, and relegates females to supportive roles.” This cartoon takes on very sexist viewpoints as well. One episode where sexist themes are very prominent is called, “Tickled Pink.“ In this episode, James, who is a red mixed-traffic engine, was ordered by Sir Topham Hatt, also known as The Fat Controller, to get a fresh coat of paint. But while James has only had an undercoat of pink slathered on, Topham Hatt interrupts and demands that he go and pick up his granddaughter. James is embarrassed that he has to travel while pink and proceeds to hide from all the other trains. When caught, the other trains – including Thomas – viciously laugh and mock him. But once James gets back on the rails and picks up Granddaughter Hatt and her friends, all seemingly ends well because girls love pink. To some, this doesn’t seem like a huge problem, but to others, the notion that pink is for girls and blue is for boys is a wrong societal view that people are still being conditioned to believe today, whether purposeful or subconsciously. This episode was teaching children this concept and could persuade them that certain things belong to one gender and not the other and one is more superior.

Lastly, Blues Clues took a rather interesting path from what it used to be. A few years ago, Blues Clues was about Blue, a dog who would help the host, Josh (Steve, the former host’s cousin), find things by leaving a trail of clues/paw prints for the host and the viewers to find. But just recently, Blues Clues took a different approach to children’s entertainment and aired an episode called The Blues Clues Pride Parade Sing-Along, that features a Drag Queen named Nina West, singing a song about pansexual toads, non-binary dolphins, and lesbian crocodiles, all singing about their favorite sexual orientation, and saying “come join the fun.” Not only does this episode not have anything to do with solving puzzles and finding clues, but this show is geared towards ages 3 to 5. There is no way to discuss gay pride with preschoolers without coming into conflict with the reality that sexual orientation implies intercourse, which implies you now have to discuss intercourse with small children. This episode indoctrinates small children on sexual matters which they shouldn’t be learning about at all and is very wrong.

I’m not saying that children’s entertainment should go without lessons or morals, but introducing political agendas into cartoons so they can adopt the same beliefs is wrong. Instead, parents should teach their children these things at an appropriate age, and let them come to their own beliefs.