Should Everyone go to College 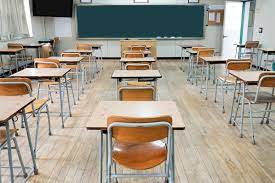 Image via The Educator

I don’t think everyone needs to go to college. That sounds insane, right? Hear me out; it could be a waste of time and money. To continue my first thought, not every job requires college. In fact, some of the jobs that don’t require college are actually tremendously important. Some people will still want jobs that require college. Another thing I’d like to add is that not everyone can make it to college either.

The first few reasons I don’t think everyone should attend college is because it takes a lot of time. The most common number of years people are in college is 4 years, and that’s a lot of wasted time if you’re not completely sure about the job you’re going for. It also costs a lot of money and ends up leaving most people in debt for a long time. It’s an even bigger waste of money if you’re not sure what you want to do, or don’t genuinely want the job you’re going to school for. It can be an awesome learning opportunity to go to school and find out you don’t want to do a certain job, but it’s still a lot of money (there’s no shame to those who do go when they don’t know what they want though). Along with college being a potential waste of time, it can also be a waste of energy because of all the classes and homework you have.

My next few reasons are that not every important job requires college. If everyone attended college to be lawyers and doctors and scientists, who’s going to work at restaurants (that we all go to)? Who’s going to work in fast food? Who’s going to be our cashier at stores? Who’s going to be janitors? Although it is crucial we have doctors and lawyers and scientists, there are constantly people going to want those jobs (and go to school for it). People do better at things that they essentially want to do. If you don’t for sure want to be a doctor, don’t, because you won’t try as hard if you’re not into it. Instead, choose to be a great server at a restaurant, if that’s what you want to do.

The last thing I’d like to add is that some people don’t make it into college, and that’s fine. If you really want to get into a well-known college, you need to know by the time you’re in middle school. After you get into high school, you need to be really involved in college events and work. It’s a lot of pressure, and some people don’t do well. Personally, I think that’s okay because whatever job they choose, that job needs to be done anyways.

Basically, the point I’m trying to make is that not everyone needs to go to college, and not every job needs that level of schooling either. Don’t let people pressure you into going. It’s simply not for everyone, and it takes a lot of time, energy, and money that people aren’t always prepared for.