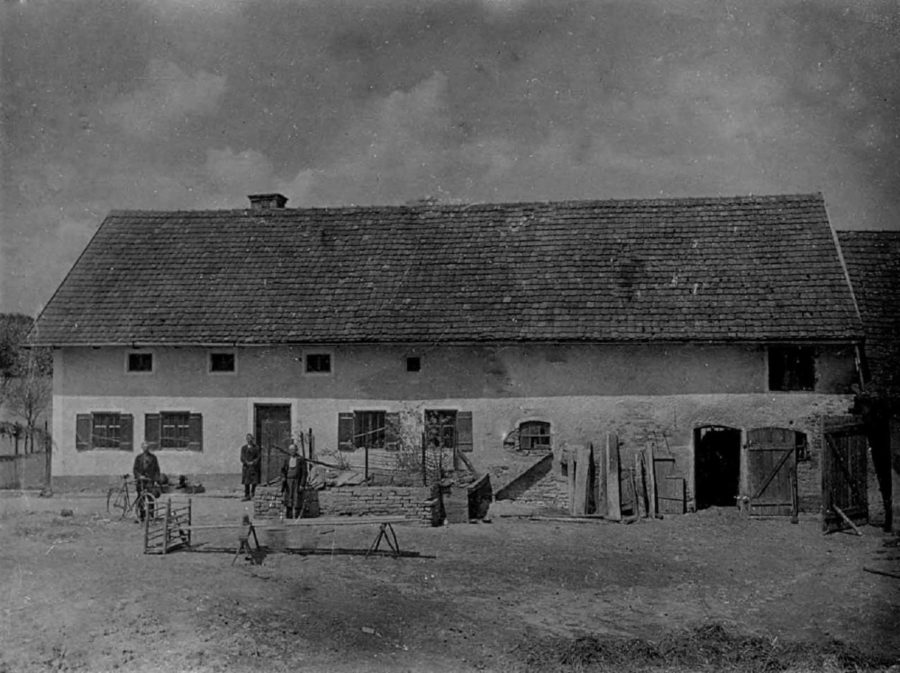 On April 4th, 1992, the remains of the Gruber family were found on their estate. Michael Poll and Jakon Sigl, the neighbors of the Grubers, had noticed that no one was leaving the house for days. Their kids were missing from school on April 1st-3rd, and their mail piled up at the post office. The neighbors grew concerned and went to check up on the family. What they would find would horrify them for the rest of their lives.

The neighbors went into the barn and found the remains of 7-year-old daughter Cazilia, 35-year-old mother Viktoria Gabriel, and her two grandparents Cazilia and Andreas Gruber all piled on top of each other in a horrifying state. They then went inside and found the bodies of the 2-year-old son Josef, and the maid Maria Baumgartner.

The state the bodies were in was horrendously bad. The oldest, Cazilia, had signs of being strangled and seven blows to her head. Andreas, her husband, had his cheekbones shredded and face covered in blood. Viktoria’s skull appeared to be smashed and had nine star-shaped wounds on her head. The youngest Cazilia’s jaw had been smashed and covered in circular wounds. Josef, the youngest son, died instantly with a blow to the head. Maria the maid had wounds similar to Josef. The killer covered the bodies in the barn with hay and the two bodies in the house with bed sheets.

Maria Baumgartner had started working for the family the same day as the murder. The previous maid had quit due to the belief that the property was haunted, which makes this case even more chilling. She claimed she heard noises in the house’s attic. Andreas had also told neighbors a few days before the murder that he heard noises in the house as well. He found newspapers on the doorstep that he did not pay for multiple times. One of the two house keys also went missing a couple of days prior to the murder. There were also footprints found in the snow leading from the forest into the house.

This all suggests that the family had an unwelcome intruder that could have been staying in their house for days or even longer. A couple days after the murder, the police noticed the killer had still been living in the Gruber’s home after they committed the crime. The animals were still being fed and Michael Poll and Jakon Sigl, the neighbors, claimed to see smoke rising from the chimney on the farm.

Many theories have been made suggesting what could have happened to the family, such as police thought that traveling men needed shelter and killed the family because of ill intent. This theory was dismissed due to the fact that large amounts of money were found inside the house.

A lot of theories have come up in investigations about who the murderer could have been or the motive to the murder, but all have proved to be wrong. Since then, several suspects have passed away. The farm has been destroyed, and the family’s skulls were lost during World War II. It has been around one-hundred years since the case and it had reopened several times, but all attempts to solve it had failed. There were theories that have been kept a secret due to respect for the now living extended family members. Could there have been a secret the Gruber family kept from everyone? The world may never know.