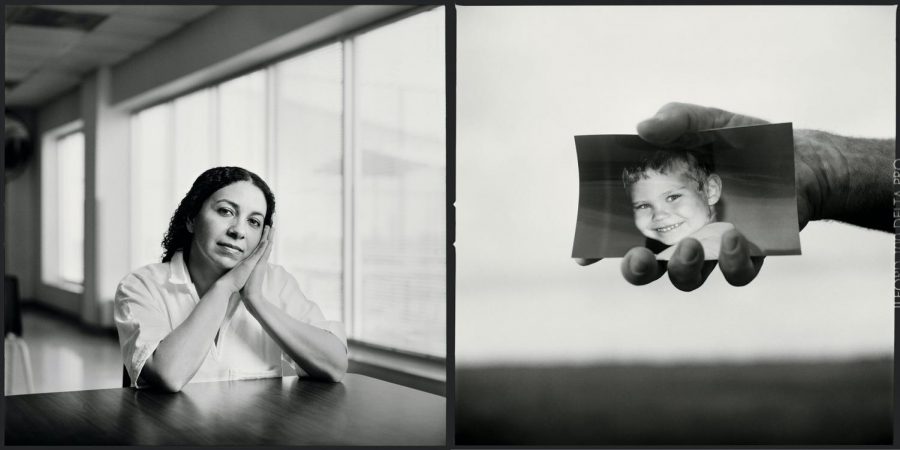 Larry and Hannah Overton got married at a young age and were living in Corpus Christi Texas with their big family. They had a huge heart for kids and were very religious Christians. Hannah Overton did volunteer work most of her life and used to spend her holidays volunteering at an orphanage across the border. She used to spend her time helping homeless children get clothes, toothbrushes, and shoes, and she also spent several years caring for special needs children. Hannah really loved children and had told her husband, Larry, that one day in the future she wanted to adopt a child, specifically a child who had some type of disability or issue that they could help guide.

After they had their fourth kid they started to think about adopting their fifth child. In 2005 Hannah and Larry started to take the adoption process a lot more seriously, making sure they were all lined up to adopt. They actually came across a little boy in their church, who was a foster child and his foster family attended the church, this little kid’s name was Andrew Burd. Andrew was four years old, and he had a speech delay and spoke really gently, even sometimes spoke with a stutter. The Overton family found out that every day Andrew was going to church and praying that one day he would get adopted.

The family had thought about possibly adopting Andrew, but somehow word had got out about this and that’s when many warnings were given to the family about Andrew’s behavioral problems. Andrew was actually supposed to be adopted by the church pastor and his wife, but after they spent more time with him they realized he was too much to handle. The Overtons wanted to try and take up the challenge of adopting Andrew, but at the same time they made this decision, Hannah got pregnant. This didn’t affect Hannah or her decision, because she knew if anyone could help Andrew, it was them, so in spring 2006 they went through with the adoption process. Andrew was gonna go live with them for a six month trial period before the adoption was finalized.

Everyone noticed how much better he was doing after being adopted, but Andrew still had a lot to work on. He was very behind physically, meaning he had trouble speaking and was very clumsy, which worried his new family, but one thing that really stuck out to them was his obsession with food. Andrew would take food and hide it. If he was denied seconds or thirds during dinner, he would throw a huge temper tantrum, and would even go as far as to look for crumbs or try to eat things like play-doh, toothpaste, pieces of the carpet, etc.

Later that year his behavioral issues got worse after their family got in a car accident, it wasn’t a terrible accident, but it really threw Andrew off. Larry was getting really frustrated with Andrew’s eating habits that he would make Andrew anything he wanted until he got full or even possibly threw up to try and teach him a lesson. They were getting really worried about him because they noticed he would eat things like the foam out of his mattress and pieces of the wall, so they decided to take him to the adoption therapist where they realized Andrew may have something called Pica, which is basically where you have cravings to eat things that aren’t edible.

On October 3rd, 2006, Larry had left early for work,  and Hannah was home with Andrew and another one of her sons. She was still recovering from the car accident, so she was still in a lot of pain. That morning she made the boys breakfast and after breakfast, they laid in bed with her, so they could rest and just watch cartoons. At some point, Hannah ended up falling asleep and when she woke up Andrew was no longer in the room. So Hannah ran out and went into the Kitchen to look for him, she found Andrew with his face in the baking ingredients. She took whatever he was eating and put it back in the cupboard without seeing what it was.

After that Andrew wanted lunch, but Hannah said no because they were waiting on Larry to get home and as usual Andrew didn’t like this response, so he threw a huge temper tantrum. Instead of waiting she decided to give in and make Andrew some soup and added Creole Seasoning to it. after the first bow, he said he was still hungry so she made him another bowl of soup with the seasoning it, and again after that, he demanded more soup. However, instead of making more soup, Hannah decided to make him a sippy cup full of water with the Creole Seasoning mixed into it. Even after she gave him the water Andrew ended up throwing another huge tantrum for around 20 minutes.

He started to chill out and it was actually very strange because out of nowhere Andrew went silent. Hannah noticed he was throwing up, but she thought this was because of his temper tantrum. He kept saying he was cold and then started breathing funny almost as if he was having an asthma attack. Then it seemed as if he had the flu, Hannah stated he fell to the floor and became unresponsive. She put him in the car and took him to the clinic to get checked on. However, Hannah says when they got there and stopped the car, he completely stopped breathing. He fell into a coma and doctors did everything they could, but sadly he passed away the following day.

Obviously, they ran tests on him and found that he had an insane amount of salt in his system. He had twice the amount of normal sodium levels, and doctors determined that he had a brain bleed. The doctors decided that the cause of death was poisoning. No one wasted any time they immediately arrested Hannah and Larry, and all their children went into temporary foster care. Right away Hannah was claiming she’s innocent and she didn’t mean to overfeed him salt, Andrew could have gone into the pantry and eaten a ton of salt before she even gave him the soup. After they interviewed the parents they decided to go through their house, and things looked a little weird like Andrew”s bed was just a wooden board. Then they went outside and found his bedsheets burned on the grill. A medical examiner also noted that there was blunt force trauma to Andrew’s head.

The investigators ended up having another concern after interviewing the Overton’s other children, the kids stated that to punish them they would put spicy stuff on their tongues. Hannah’s behavior when she was being interrogated was also very strange, she seemed to be smiling a lot, but more of a nervous smile, she didn’t act how you would expect her to react. When they were in court they interviewed Andrew’s last foster mom and she stated that Andrew had no problems with eating at all when he was with her, but Hannah stated the complete opposite. The court also decided to interview people at the hospital and one of the nurses stated that Hannah did not act like she was grieving, she didn’t act freaked out, sad, scared, or anything, instead she was smiling while Andrew was getting CPR. Hannah was actually sentenced to life in prison. Many people think Hannah’s innocent and some think this was pure murder.