The History of Witchcraft 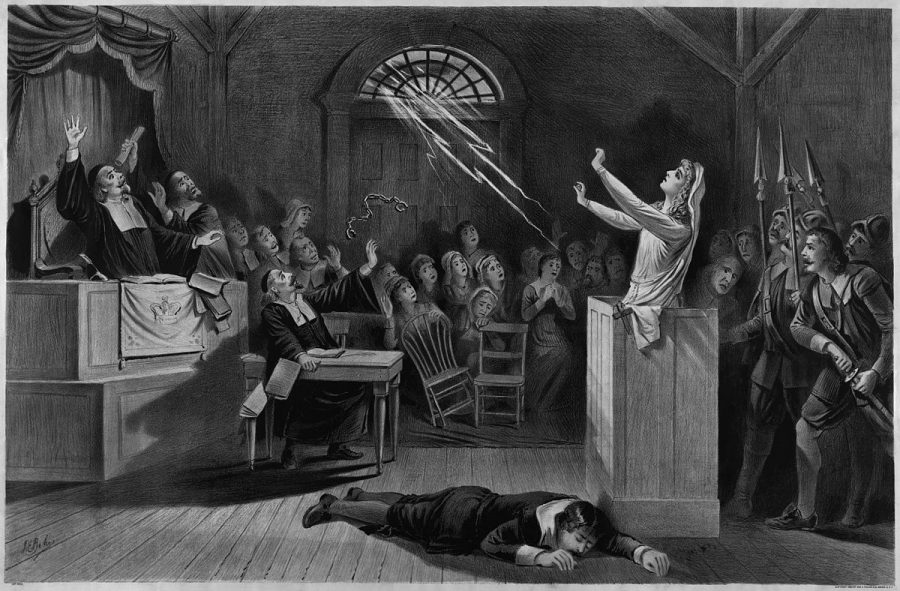 The Salem witch trials began in the spring of 1962 in Salem, Massachusetts. When a group of girls said the devil had possessed them. They went on to accuse several women in their village of witchcraft. This accusation caused a mass panic throughout Massachusetts. A court was brought in to hear the girl’s cases. The first to be accused of witchcraft was Bridget Bishop, who was hanged in June 1962. “Eighteen others followed Bishop to Salem’s Gallows Hill, while some 150 more men, women and children were accused over the next several months.” (Paragraph One)

The belief in the devil’s practice was to believe that people (witches) had the power to cause harm to others. This superstition started in Europe in the 14th century. “In January 1692 Salem Massachusets, 9-year-old Elizabeth (Betty) Parris and 11-year-old Abigail Williams (the daughter and niece of Samuel Parris, minister of Salem Village) began having fits, including violent contortions and uncontrollable outbursts of screaming. After a local doctor, William Griggs, diagnosed bewitchment” (Paragraph Three) Other girls in the village started to experience similar symptoms to Elizabeth Parris and Abigail Williams. In late February, arrest warrants were issued to Elizabeth Parrise’s Caribbean slave and three other women.

The women that were accused were brought to Jonathan Corwin and John Hathorn to be questioned about the accusations. Two of the women denied that they were witches and one confessed. She was most likely seeking to save herself with the hope that by acting as an informer she would be pardoned or saved. She said there were other witches alongside her in the devil’s service. Panic spread through Massachusetts and a number of other people were accused. This included Martha Corey, and a nurse named Rebecca. Both were said to be upstanding members of the community/church. The four-year-old daughter of Sarah Good, one of the women who was killed, was also killed because her mother was thought to be a witch.

Many women were accused, and the courts were overflowing with cases, so in 1992 the governor of Massachusetts, William Philps ordered “the establishment of a special Court of Oyer (to hear) and Terminer (to decide) on witchcraft cases for Suffolk, Essex, and Middlesex counties.” (Paragraph Five)

After, many others were killed, because of accusations of witchcraft. Cotton Mather, and his father who joined him later, said that “the standards of evidence for witchcraft must be equal to those for any other crime, concluding that ‘It would better that ten suspected witches may escape than one innocent person be condemned.’” (Paragraph Seven) They fought for more evidence than just another person’s word when a person was convicted of witchcraft. There was lots of public support for the trails and they continued on until early 1993. Many of the people accused of witchcraft were pardoned and released.

“In January 1697, the Massachusetts General Court declared a day of fasting for the tragedy of the Salem witch trials; the court later deemed the trials unlawful, and the leading justice Samuel Sewall publicly apologized for his role in the process.” (Paragraph Eight) The damage to the community was still there, but in 1711 the heirs to the people accused of witchcraft were given their good names back.

The legacy of the Salem witch trials is still talked about today and taught in schools around America, but now we use it as a teaching tool for kids to not accuse someone of something without proof.