Meme of the Week: Moto Moto 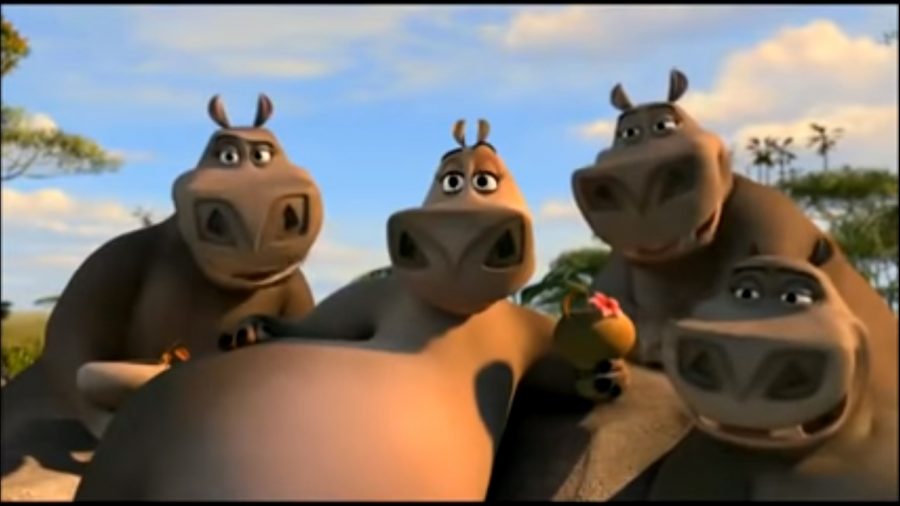 (Image Via Know Your Meme)

A popular new meme called “Moto Moto” or “Moto Moto Likes You” has taken over the internet recently, being reposted to every social media site there is. Originating from 2008 childhood favorite, Madagascar: Escape 2 Africa, the memes started rolling in when on April 27th, 2013, Mostafaabobakr7 on Youtube posted a clip from the film where Gloria the hippo is seen chatting with her friend. In the scene, one of the girls says “look out! I think Moto Moto likes you!” to Gloria and it pans over to a large hippo man in the water, queuing a song singing “I like ‘em big, I like ‘em chunky” while he walks towards the ladies. The video went viral, being viewed over 4 million times and liked by more than 15,000 users in six years. In December of 2018, the video surfaced on Reddit in the tag called dank memes. This began the wildfire that is the Moto Moto meme, and it spread across the internet very quickly.

Moto Moto spread across social media, popular posts including one specific edit posted by several Instagram users where another meme called Staring Hamster involving a video of a hamster with wide eyes, staring into the camera. Instagram accounts reposted this edit of Staring Hamster in place of Moto Moto, so that he was standing in the water looking at the girls on the shore. It went viral, and only caused this internet sensation to spread even further. February 2nd, 2019, well renowned Youtube star Pewdiepie uploaded a video of his popular series “Meme Review”, including the Moto Moto meme within it. The video is titled “the only one who can defeat shaggy”, referring to the Ultra Instinct Shaggy, another popular meme at the time. Within four days, his video got six million views, spreading it to his 90 million subscribers and the world. Pewdiepie really stirred up the Moto Moto meme, and it gained tons of popularity across the internet.

There are hundreds upon hundreds, thousands upon thousands of variations of the Moto Moto meme. It is popular to mix and match meme, creating mashups of past viral internet sensations. The most popular thing about Moto Moto is the song that plays once he is shown. The song was written by pop artist Will.i.am specifically for the movie Madagascar: Escape 2 Africa, so don’t get your hopes up that it’s on any new album. There are many edits of the song repeating “I like ‘em big, I like ‘em chunky” over varieties of different videos, including my personal favorite, which is a tik tok video of a guy yelling the song a reenacting the scene with his cats. The most popular by far is an edit where Moto Moto is replaced by dancing Elmo, which has been the most popular on Instagram, countless popular meme accounts reposting it nonstop. Moto Moto truly is an inspiration, and we all aspire to be Gloria in this situation. I, too, wish Moto Moto liked me.