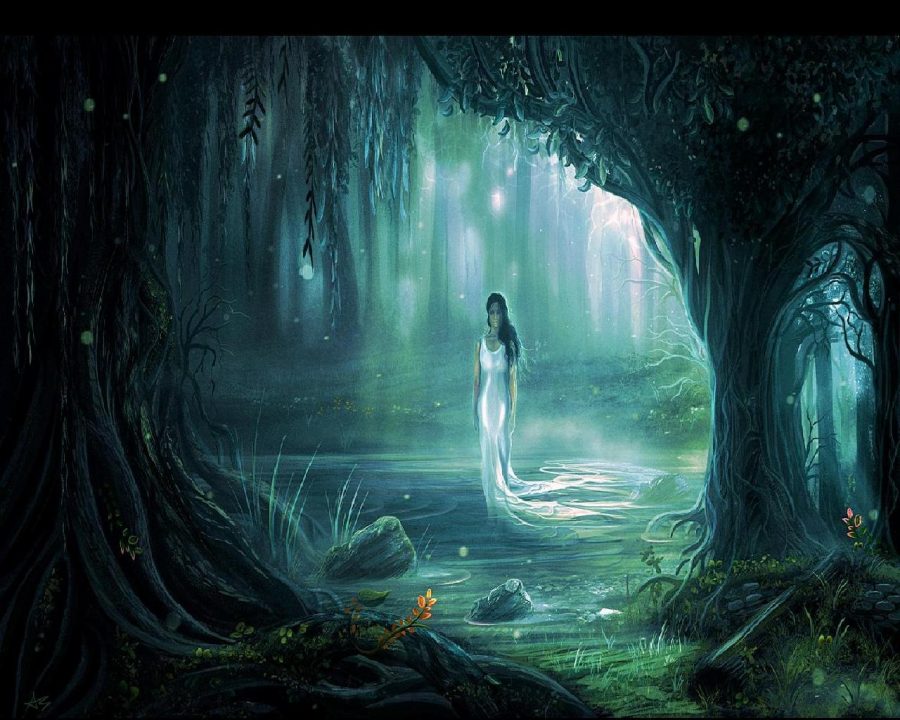 You’ve heard of the Greek sirens responsible for sinking the ships of Greek sailors. However, have you ever heard of the siren that lingers by the Nile river?  There is a new myth slowly rising to popularity of an Egyptian Siren. El Naddaha. It isn’t really certain the religion or mythology El Naddaha partakes in, but it is between Egyptian Mythology and Islam.

This legend grew to popularity in the 1950s, when stories involving the Nile grew to be more menacing and gloomy. El Naddaha is typically spotted around the shores of the Nile during the cycle of the full moon. She appears as a very beautiful, tall woman with long, flowing black hair, and wears long transparent dresses. As expected from sea nymph, she lives in a water cavern on the banks of the Nile Delta.

She leaves her water cavern to wait on the shore for a man to come along the shores of the Nile. El Naddaha hunts men one by one, and normally will only call for a man on his own. To grasp the attention of the man, she calls to him in a hypnotizing and soft voice. This voice compels the man to follow her into the river, where they will meet an unfortunate fate of either drowning or swimming to their deaths. When the night ends, she returns to her cavern and awaits for the next night to repeat the process again.

Despite the normal habit of solely calling to only one man, she will on occasion call to a man in a group, but she only calls to one member of the group. When traveling in groups the fate of the man may change. There is a possibility that another member of the group can prevent the called from following el Naddaha into the river. However, in preventing this the “preventer” is cursed by el Naddaha to live a life full of suffering. The suffering won’t end until the person eventually loses their mind and commits suicide. An unfortunate fate for one who was solely attempting to save another’s life.

In rural Egypt, there are times when el Naddaha will call to men in their homes. Her voice becomes loud and clear with a sad, melodic tone, which differs from the voice she uses when she is near the Nile. The new voice has the same hypnotizing effect as the first, but it prolongs the fate of the man.  There are three days spent in a semi-catatonic state, and when these days are finished the man goes to El Naddaha, receiving the same fate as many others. A man in this situation is called “kidnapped by the caller”, and is doomed to death with no escape from his fate.

On rare occasions, el Naddaha will fall in love with a man, but like all other cases with el Naddaha, there is no happily ever after. After taking him to her water cavern, she will spend months making love to him. However, despite “loving” him, she kills him and buries his bones in her cavern. This action is caused by her fear that the man would have escaped otherwise. Once this is over with, she returns to her past habits and waits for the next unfortunate soul.

El Naddaha remains a popular and prominent urban legend in the Egyptian countryside. Most of Egypt’s elderly population still continue to believe in her, and there are some who claim to have seen her walking the shores of the Nile. However, they ran before they could truly see her or look into her eyes. They feared that if they dare to look in her eyes, then they would not be here to tell their story.